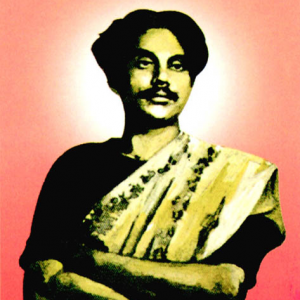 Bengali gentleman is a dying breed, once a way of life and behaviors commonly expressed by our grandfathers and fathers generation. What is a Bengali gentleman? It’s certainly not the way they dress, but rather something that comes from within each person, the way they behave towards others and how they express themselves. There is close similarities with the English Gentleman with subtle differences attributed to Bengali culture.

Above attributes are some characteristics portrayed by a Bengali Gentleman but is not exhaustive and there are many more that defines a gentleman.

In today’s Bengali society your social standing and success seem to be based upon what you own and what you wear rather than how you carry yourself through life and what you have achieved. This is the direction all society is going whether it is in Bangladesh or here in the UK with materialistic wealth signifying success in life.

Kazi Nazrul Islam is the national poet of Bangladesh who spoke out in support of the downtrodden masses and opposed all bigotry, including religious and gender-based. He certainly had many characteristics of a Bengali Gentleman.

Our primary school Headmaster would get up early in the morning and first plough he’s land, then teach Arabic to students at the local mosque before going to teach at the school. This was a man of principle who did not think that ploughing land was beneath him because he was a Headmaster and would speak to everyone on he’s way to Biswonath bazar regardless of their status.

My Grandfather from my maternal side used to walk 10 miles to Sylhet regularly to deal with land related matters. He was a land owner who could have easily afforded carriage but instead chose to live a simple life and not show off he’s wealth. Lunch would be carried in a tiffin box and when walking with other travellers they would sit on the side of the road underneath a shaded tree and share each other’s lunch.

I certainly admire people of their generation and aspire to be like them but our society has changed and this makes it very hard for anyone wanting to follow those footsteps. Living in the UK with modern comforts of life and social barriers it is even harder to be a gentleman but we can all follow some of the behaviours and good manners portrayed by our previous generation and hope the next generation learn and follow by observing us.