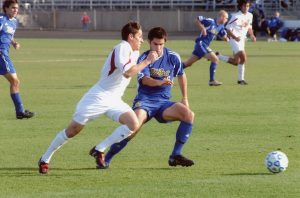 BCPD Trust a Luton based charity is organising a national 6-A-Side football tournament in Luton on Sunday 1st September 2019.

This would be a 16+ men’s football tournament with professional referees. Each team can have maximum 10 players with 6 members playing at a time. There would be group stage matches, quarter final matches, semi-final matches and final match.

The games would be played on artificial turf pitches with LED Floodlights and is expected to be a fun and competitive day for all players and their supporters.

Book before 31st May to get the Early Bird price of £90 and the price afterwards is £120 per team. Booking deadline 31st July.

All money raised from this event would support BCPD Trust to inspire young people into education, careers, business and sports.

Read the tournament Terms & Conditions before making a booking.