Why would someone murder this popular MP Joe Cox? 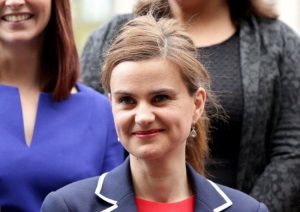 Why would someone murder this popular MP Joe Cox? The suspect arrested for her murder is 52 year old man named as Thomas Mair. Neighbours, friends and people who know him are reported to be confused and cannot comprehend why he would act this way. There is one report suggesting links to far right as a result the north-east counter-terrorism unit has been involved in the murder investigation. Other possibilities include mental health conditions or possible combination of health conditions and far-right influence.

People in the UK and from around the world are sending their condolences to the family and friend of Joe Cox. The Prime Minister Cameron and all UK parties are aligned and have been making tribute and sending condolences to friends and families.

The EU referendum debates have also been halted across parties and no one is daring to start any conversation on that subject. Furthermore all the main parties have confirmed they will not contest the bi-election to re-elect a new MP for the constituency.

This barbaric murder has united people from the UK regardless of religion, politics, ethnicity and any other division that exists in our society in the UK. There are many kind messages and tributes on Facebook for Joe Cox from the Luton community.

According to her Facebook profile Jo Cox was born in Batley & Spen and grew up in Heckmondwike and Batley. She attended Heckmondwike Grammar School and Cambridge University. Jo is married to Brendan and they have two young children.

Before entering Parliament in 2015, Jo worked for some of the best known and most effective international campaigning organisations in the world, including Oxfam. She has worked in Europe, the USA and in war and strife-torn regions all over the world.