UK Votes to Leave the EU and Luton votes to leave by 56.5% majority 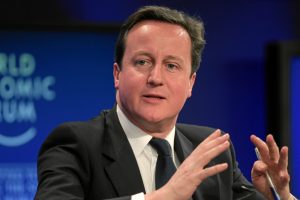 The UK has voted to leave the EU with an overwhelming majority of 51.9% and 48.1% choosing to remain in the EU. Luton voted 56.5% to leave versus 43.5% to remain. Luton voter turnout was 66.2% which is much higher than usual parliamentary election numbers.

Within the last hour Prime Minister David Cameron announced he’s resignation and has thanked he’s colleagues and others for their dedicated support. He stated he will leave the post by October when a new PM will be selected by the Conservative Party. The new Prime Minister will lead the negotiations and set the date when the clock will start for leaving the EU.

Few minutes ago the Bank of England Governor Mark Carney held a press conference after the market lost £2 billion in shares and re-assured investors and the market not to panic.

So what does that mean for the UK? Immediately nothing and everything will remain the same until UK serves its notice to the EU and after that there will be a 2 year negotiation. Most likely after that 2 year negotiation period another referendum is set to allow people to decide on the agreed deal. It could take longer than 2 years to negotiate and this can be managed through this process.

Whatever happens, UK has now decided to leave and one way or another, the process to leave will start with a new PM coming into office.